The iconic 1960’s Jaguars are an all time favourite classic, adored for their beautiful curves and sparkling chrome.

The cars are available for viewing by prospective clients – just contact Emma to agree a convenient time. 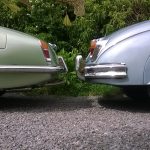 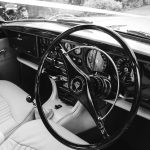 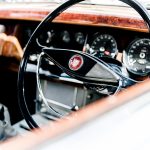 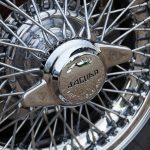 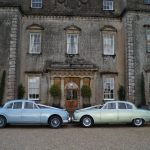 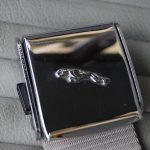 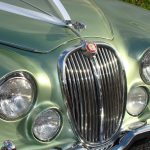 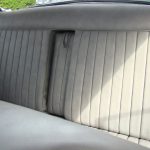 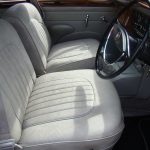 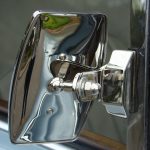 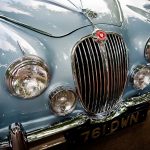 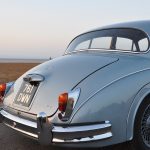 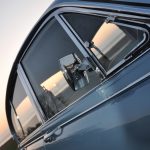 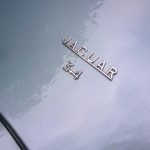 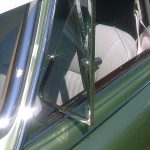 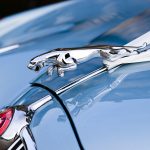 The Mk2 Jaguar was launched in 1959 and production continued until 1967; the preferred vehicle of choice of both the criminal fraternity and the Police, perhaps the most recognisable model was the one driven by John Thaw as Inspector Morse (1987-99).

The Mk2 was one of the first production-line road cars to be fitted with servo assisted disc brakes (or ‘brake boosters’) all around the car, highly advanced for its day, leading the manufacturers to fit a badge to the rear bumper warning other drivers of this fact. The car’s running gear is a live rear axle with a leaf spring on both sides and coil springs with shock absorbers on the front axle.

As well as three engine sizes, there were also three gear box options: a 3-speed Borg Warner automatic, a 4-speed manual and a 4-speed manual with overdrive (MOD). Our Mk2 is the MOD version, making it, even at 50+ years old, a car that will cruise comfortably at 70 mph on the motorway.

The beautiful walnut-veneered dashboard has aircraft-style easy-reach switch gear and gauges and, alongside the sumptuous leather seats (with discreet fold-out tables fitted in the rear of the front seats) provide a touch of luxury that still excites and delights both the young and old, car enthusiast or casual observer today.

The S-Type, though developed to replace the Mk2, ran in production alongside it for a number of years – mainly due to the latter’s continuing popularity.

In production from 1964-67, the S-Type was designed to be an improvement on the Mk2, with full independent suspension and a limited slip rear differential, based on the E-type rear axle cage setup; however many regarded it as the ugly sister of the Mk2. The S-Type used the same XK engines as the Mk2, but was only available in 3.4L and 3.8L sizes, with the improved running gear.

The S-Type has a roomier interior: the front seats – with built in arm-rests – were widened, the rake of the rear seats was changed and the roof line flattened at the rear to increase headroom.

The S-Type body has subtle differences to the Mk2, including: hooded headlights (to make the front appear longer and balance the extended rear of the car), the indicators and side lights placed at the lower front corners, the rear wheel arches running straight across the rear wheels, instead of around them, boot space was increased and the rear lights redesigned.

To make the car cheaper to produce, the bumpers were also slimmed down and the amount of chrome trim reduced and as a result the S-Type never quite achieved the same iconic status, even today, as the Mk2.